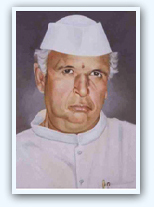 Late Lala Nemi Chand Ji, a freedom fighter and an eminent social reformer of Bawal, district Rewari, Haryana is our first source of inspiration. He was born in 1926, much before the independence of the country from the Britishers. He was drawn in the freedom struggle at an early age of 15 once he heard the ideas of Mahatma Gandhi Ji for freedom struggle. He was associated with the Praja Mandal Movement, which spearheaded the struggle for the freedom of the country from the British rule. Bawal was then a part of the erstwhile princely state of Nabha. Lala Ji was expelled from school, arrested and imprisoned for distributing banned newspapers and for pulling down the Union Jack from atop the District headquarters building and burning it. He was kept in various jails of Punjab where he was subjected to most inhuman forms of torture and kept in solitary confinement in order to make him confess. However, nothing could break the firm resolve and determination of this young freedom fighter.Ipsum is simply dummy text of the printing and typesetting industry. Lorem Ipsum has been the industry's standard dummy text ever since the 1500s, when an unknown printer took a galley of type and scrambled it to make a type specimen book.

After the dawn of freedom Lala Ji launched himself into social work in the true Gandhian spirit. He was responsible for setting up of educational institutions and for starting a movement for the removal of untouchability. The college is a perpetuation of his quest for the educational upliftment of the society and particularly the unprivileged rural areas. NC Medical College & Hospital is a tribute to him from his sons and heirs who have set up good number of Engineering, Computer Science colleges under educational trust named Lala Nemi Chand Educational Trust with the objective of realizing his dreams into realities. 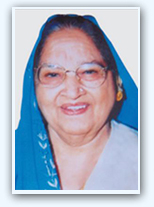 Behind every successful man, there is usually a woman. In the life of the Lala Nemi Chand Ji, that woman was his wife, Smt. Shanti Devi. She was a truly an inspirational lady. She joined hands with her husband in his mission to serve the society. It was her selfless devotion that helped Lala ji endeavor into social service. She was a lady with great foresight. With vision far ahead of her times, she believed that the way forward for our society was through education.

So she always motivated her husband and children to start a number of educational institutions in the state of Haryana. S.D. Charitable Trust was a dream come true for her and the seedling planted by her is today blossoming in a blaze of glory. She, our source of inspiration, has left her footprints on sands of time for us to follow.

N.C. Medical College & Hospital aims to become a premier institute imparting best quality medical science education in the region. This can be understood by our trust’s commitment towards high quality education in all the education institutions running under its name. All our institutions are ISO 9000:2008 Certified quality institutions. The institution is ideally located on NH-71A (Rohtak-Panipat Road), 14 kms from Gohana Mod (Panipat) city. The college is spread over many acres with lush green shades and avenues. The green and quiet environment acts as a catalyst along with world class academic environment for various avenues and options for research pursuits also, being far from the din and bustle of the city.

College is well connected by roads and railways to different parts of the state and country. IGI airport, located at Delhi and Airport at Chandigarh offers domestic flights as well as international flights suit to the convenient visits to the college campus.

Our vision is to create a world of joyful, happy, healthy and loving people.